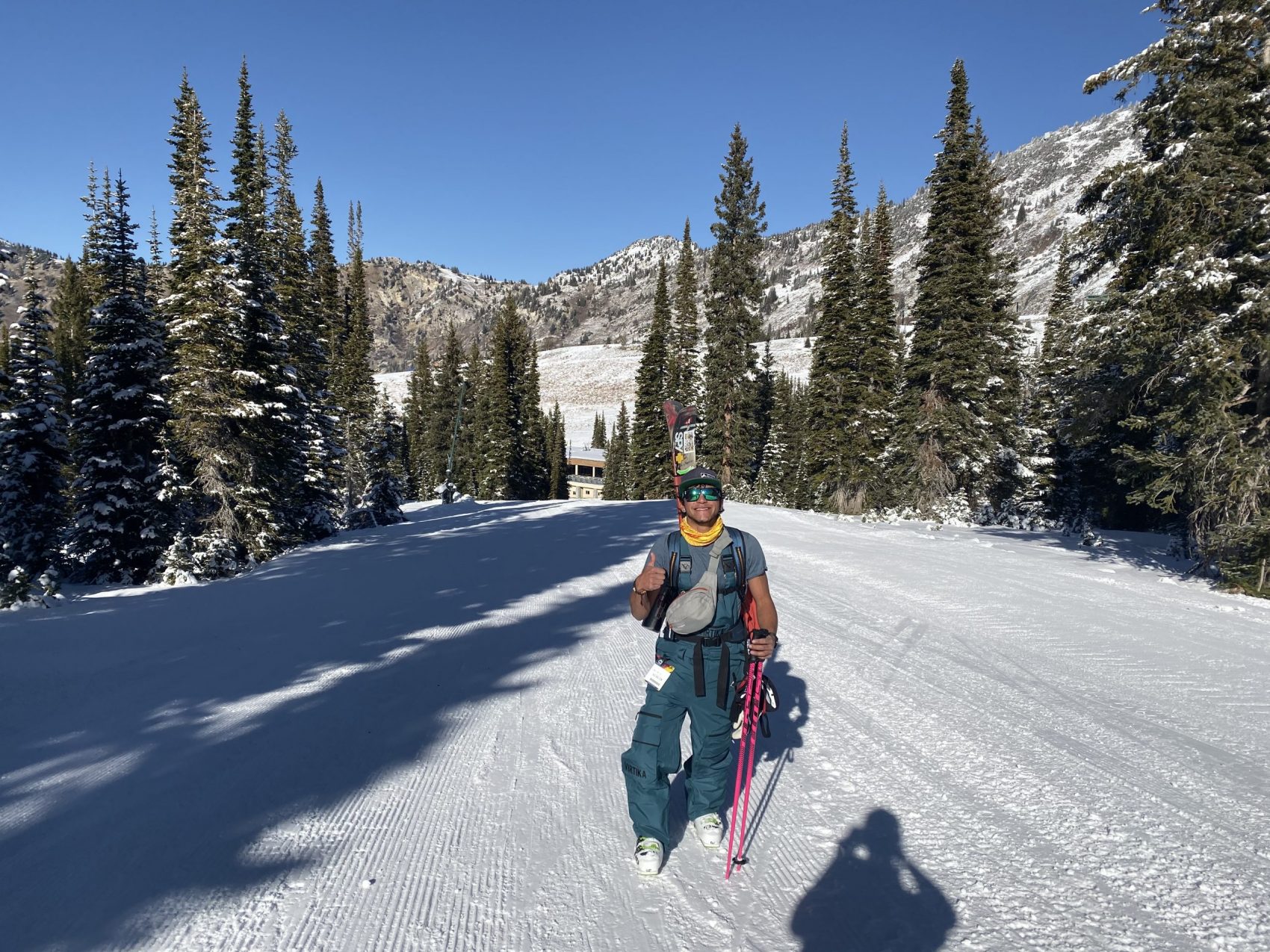 It's never a good day when you've learned you just outlived your brother.

But it was always a good day with Alex Davis.

Because I think if life had a flavor it'd be bittersweet.

Bitter, when you're living in a world where you can't go skiing with your brother anymore or do all the things you loved doing with him.

But sweet when you think about all those incredible memories and good times you were lucky enough to have shared with him.

Sweet, when you see people come together in such a beautiful way in the face of such a great tragedy.

And even sweeter when you know the bond shared by Alex's brothers and yourself has only grown firmer and will continue to do so.

Because it's all up from here — that's the way you go to get to the top of the mountain.

Alex understood this better than anybody I've ever met.

And so we will all just have to meet him there, where he'll be waiting — eager and smiling.

I wrote that poem an hour before I spoke at Alex's funeral. Until last week, Alex had been Ruidoso, New Mexico's best skier. Everyone here knows this. He was killed tragically on September 21, 2020, in an accident. He was my best friend whom I call my brother and my favorite person to ski with in this bittersweet world. 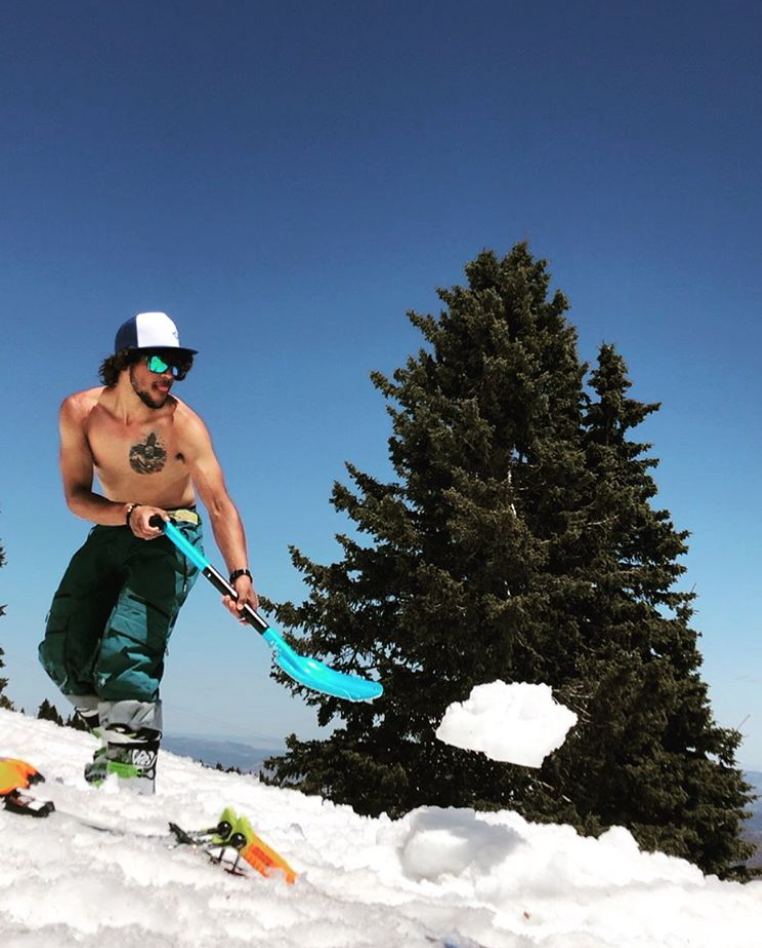 I first met Alex Robert Davis over a basket of chicken strips at Ski Apache's cafe at the base of the mountain when I was about 12 years old. He couldn't have been more than about four feet tall at the time and had the same shit-eating-grin that stayed engraved on his face until his final days.

More than a lifetime's worth of skiing with Alex and his beautiful brother Israel is what followed after meeting this incredible human over a decade ago. We skied together every winter as much as we could. We felt like we owned our humble, sometimes powder-charged home mountain of Ski Apache. The snow-induced friendships we made along the way quickly turned into brotherhoods that only solidify as time slips on by. 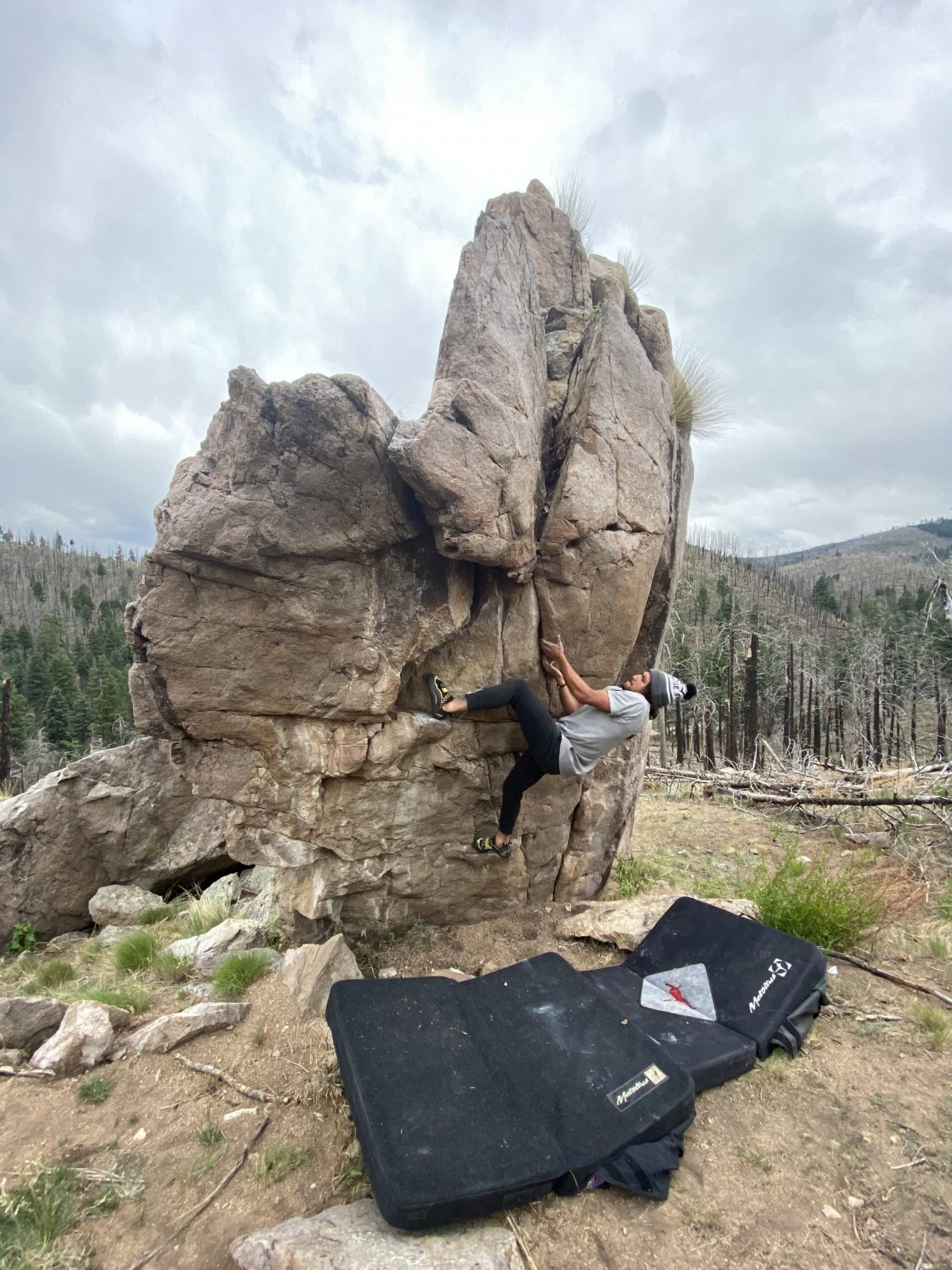 When I met that reggae-rockin', wild-haired kid he was still a snowboarder. Israel and I skied, and Alex was always right there with us on his board. He was several years younger than Izzy and me, but that never once was an issue after I saw how the kid rode. As days skiing with Alex turned into years, his legs got stronger and his stoke grew rowdier. At some point during my teenage years, Alex broke his board so I lent him a pair of skis. He had never skied a day in his life but after that fateful day, he was soon better than any of us. I think in about three days on skis he was already throwing spins and it wasn't long at all before he started stomping backflips in Ski Apache's icy, neglected terrain parks.

Alex moved to Utah last season for a month after I had been nagging him on for a few seasons to get out of Ruidoso and come ski some 'real' mountains. After one visit during an exceptionally snowy week in March of 2018, he was hooked on the idea and I offered to help him find a place to live in Salt Lake City.

That month of skiing in Utah with Alex was one of the best of my life. I could barely walk upon a week of his arrival from how hard we were skiing, which mainly consisted of me chasing after his tails at Alta Ski Area and following him off big cliffs that he always hit first because he knew we were too scared to. Alex wanted to come back this winter for the whole shebang — not just a month. So he did what he often did and went back to Ruidoso to get to work and save money for winter. He always worked so hard. 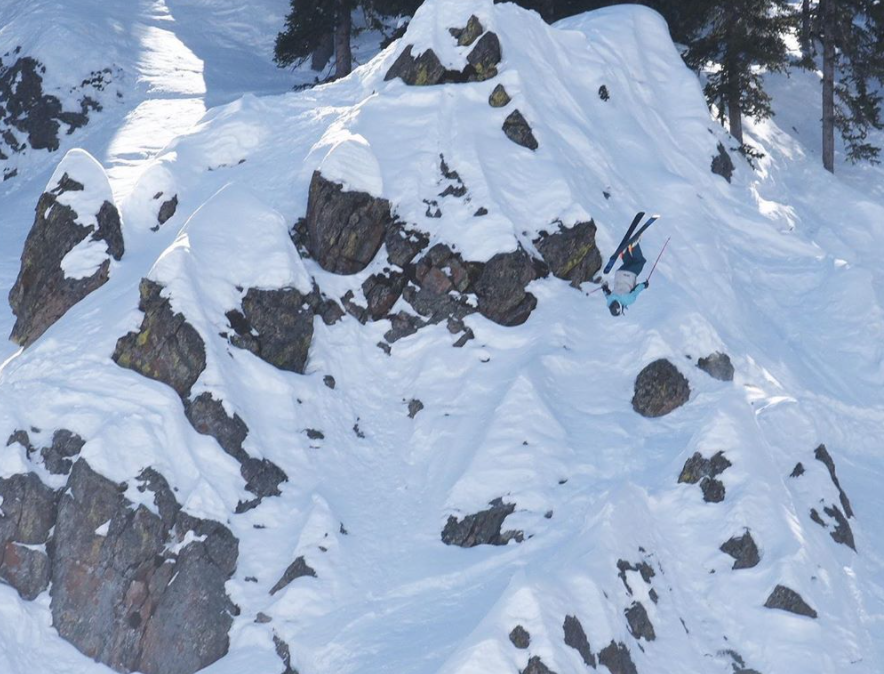 I don't spend much time in Ruidoso anymore since I moved to Utah several years ago outside of holidays with the family, but this summer I got to spend a lot of time with Alex. I only realize how lucky I am to have done so now. Escaping the bustle of the city and impulsively coming home to spend more time with family after COVID-19 hit, Alex was my partner in crime when it came to doing anything worth doing this summer. After work, we'd both link up and go climb, hike, bike, fish, or whatever the hell would get us our fix for the day in the outdoors. I've always really related to Alex because we're the same in the fact that were both snow junkies and don't really feel right unless we've put in some sort of physical exercise outside in the mountains. I always pictured him skiing with me into our old age and I never once thought he'd be snatched from my life so suddenly.

He died on a sunny Monday morning. He was 20 years young. I got the call from our best friend and excellent human Gage Whipple, who said that something bad had happened to Alex at work. I was on the deck working on my computer, the same place where I had seen Alex last a little over a week ago. I didn't believe it — I refused to. There was no way that a freak of an athletic human such as Alex could die — he was way too tough, way too resilient! But it was confirmed a few moments later that there had been an accident and that he had left this plane of existence. And then all of our worlds turned upside down.

"Alex was an angel in disguise," Kevin Hester said after the funeral, an old-time ski bum who often skied with Alex at Ski Apache. "Whether you shook his hand or he looked you in the eye, he was an angel in disguise. That's just what he was." Kevin had been texting Alex the day of his passing, and Alex wished him well as he enjoyed a vacation at Lake Powell in Utah. Alex would do this with everybody because that's just the type of man he was. 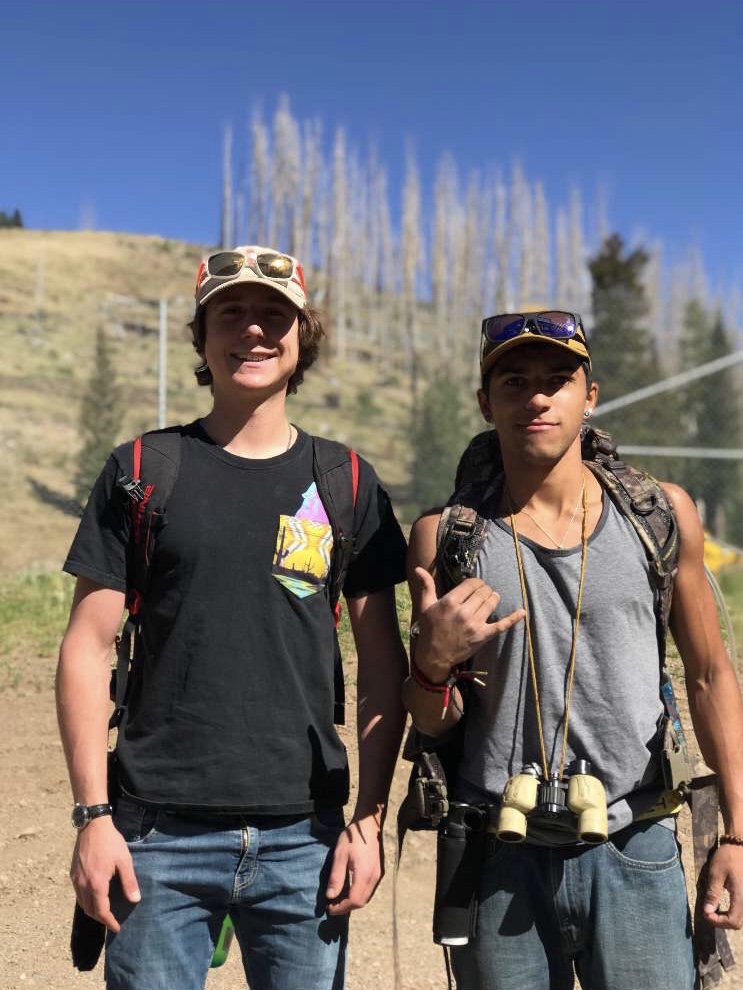 Alex and I seen before going on a hike in Lincoln National Forest in summer 2018. | Photo courtesy Martin Kuprianowicz

Alex was a man who made you better just by being around you, whether it was with kindness, athletic prowess, or just listening to you and offering his opinion on something. He was wise beyond his years and truly got what it meant to love everyone and every moment to the utmost because he knew time here on earth is limited. Too limited.

Alex is the glue that brought our friend group together (99% of the time while skiing) and kept it that way. He was a lot of people's favorite person, including my own, and damn sure the best skier I'd ever met. I always knew he was going all the way to the top, especially after watching his Freeride World Tour Qualifier video from Taos last season. But life had other plans.

It's important now, I think, to recognize that Alex is not in pain. He has left this world but his energy remains, dispersed among the trees and the snow. He is eternally free and it is only us — his friends and his beautiful family — who suffer on.

I just suppose these mountains got themselves a real snow god now. 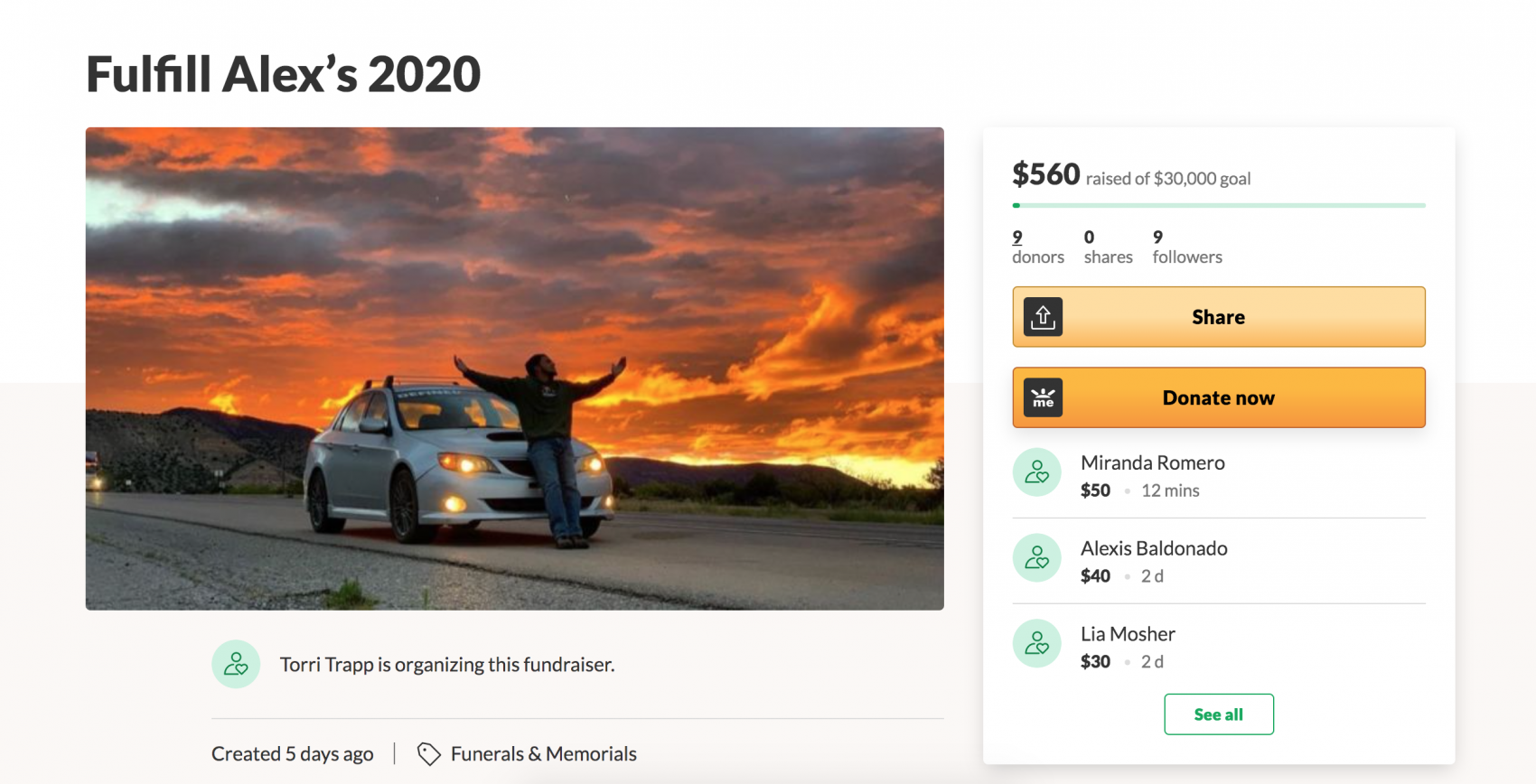 Alex's family has organized a Gofundme page to help pay some of his bills, fix his Subaru, and help cover the costs of attorney fees. The page reads:

"Alex was the guy who would dream something so big, and then wake up the next morning and fulfill it just so he could live in the moment. There isn't anything that anybody could say or do to help heal the hearts of many in our small community. However, Alex’s family is looking forward to keeping his spirit alive, and finishing a few things he had started before this year is over. We are asking donations to fix Alex’s Subaru WRX, pay off his new vehicle, and any extra for attorney fees. The family also has a donation account set up at  Washington Federal Bank in Ruidoso, for those who would rather donate there. All checks and donations at the bank have to be made out to Michelle Elwell (Mother of Alex, and account holder) and in the memo, box be sure to write “For Alex Davis”. The family will also be accepting donations in person."

No monetary sum will ever bring Alex back or mend the wound that gapes in all of our hearts. But anything will help his family in this trying, transitional period — anything.

To donate, please click here or go to the fundraiser webpage at https://gf.me/u/y2k96h

If you decide to donate, thank you. Or if you don't and you just read this article, also thank you. But above all, THANK YOU ALEX for everything you've taught me and all that amazing powder we skied while we were both young. Love you and miss you always brother, I'll see you at the chair. 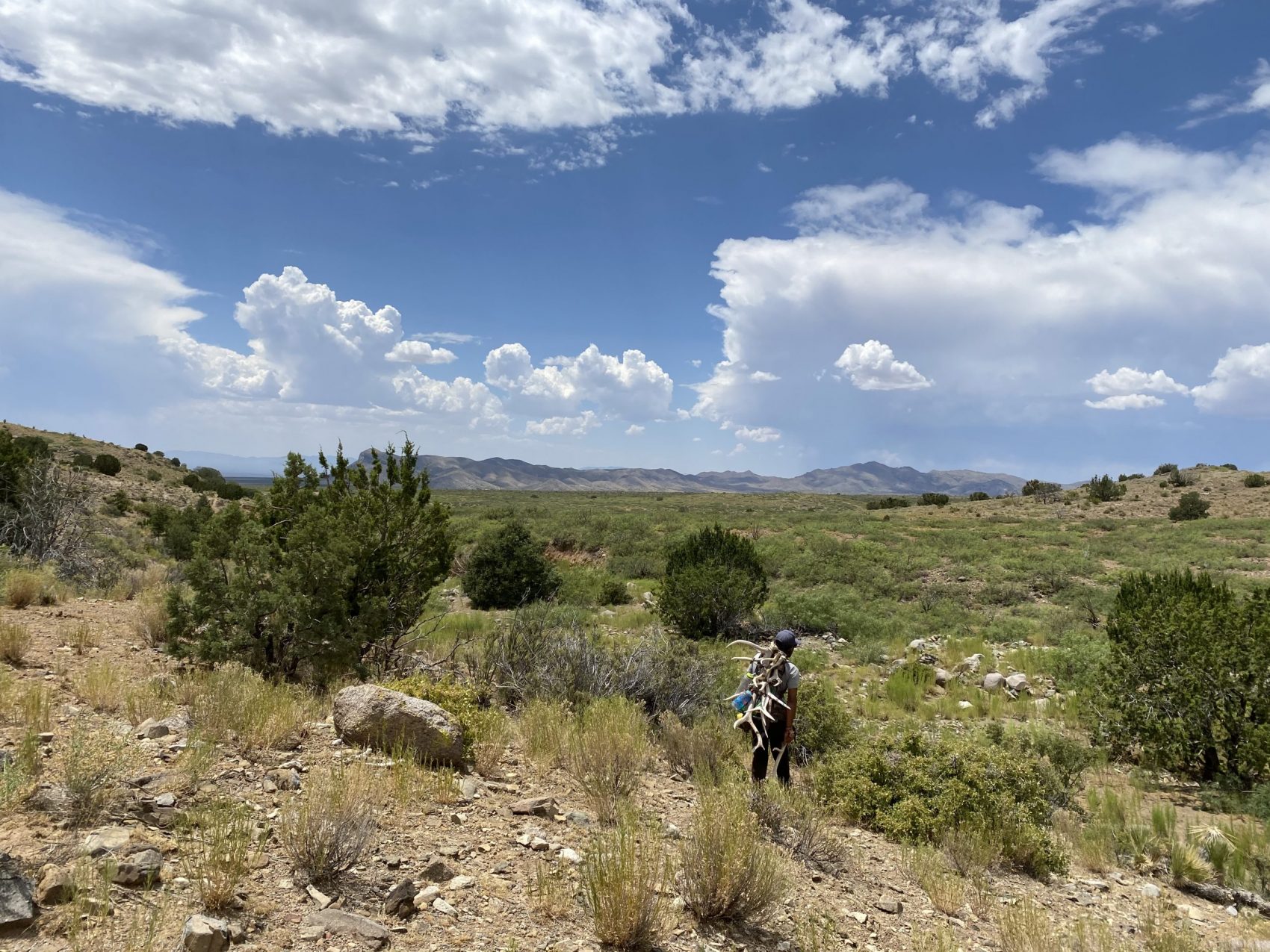