The Brain Science Behind Flow States 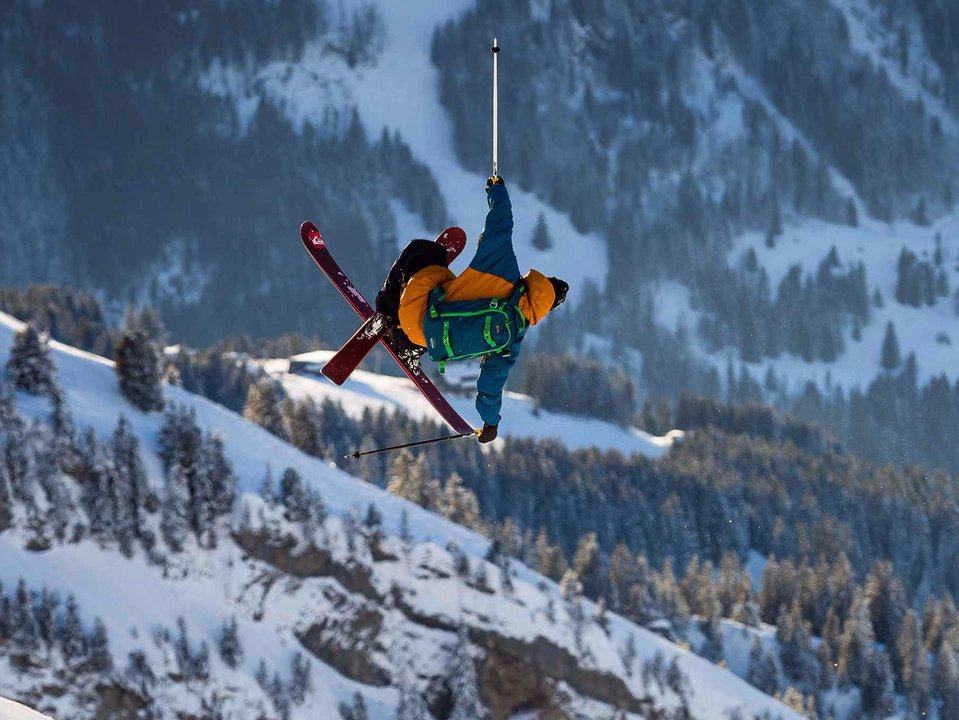 Flow states are optimal states of consciousness where we feel our best and perform our best. Candide knows. Image: newschoolers.com

If you've ever skied powder or pushed your athletic ability in an action sport - or even played on a sports team - you've more than likely experienced a flow state. A flow state is only accessed when you are completely focused and in the zone, often when risk or consequence is involved. It produces a feeling that conquers all other feelings and allows you to perform at your best - physically and mentally. 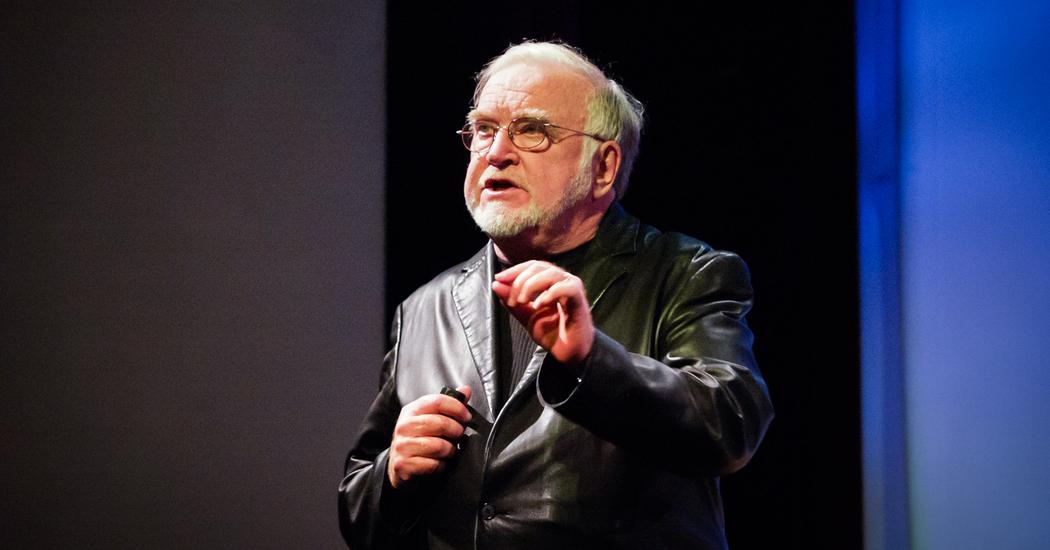 Positive psychologist Mihály Csíkszentmihályi was the first person to coin the term "flow" in the late 1960s. His research led him to discover the flow state, which is an “optimal state of consciousness where we feel our best and perform our best."

It has been proven that flow contributes to overall human happiness and well being. As skiers, we sure as hell know what it feels like after you ski an incredible line of deep pow or perhaps steep and technical terrain where your abilities and being pushed and your heart can't help but race with excitement. The lines where the inner chatter in your mind is silent and you are completely and utterly dialed in to the run in front of you, engaged and flowing down the mountain with a meditative charge. Flow is necessary in order to truly heighten your ability with any demanding activity. 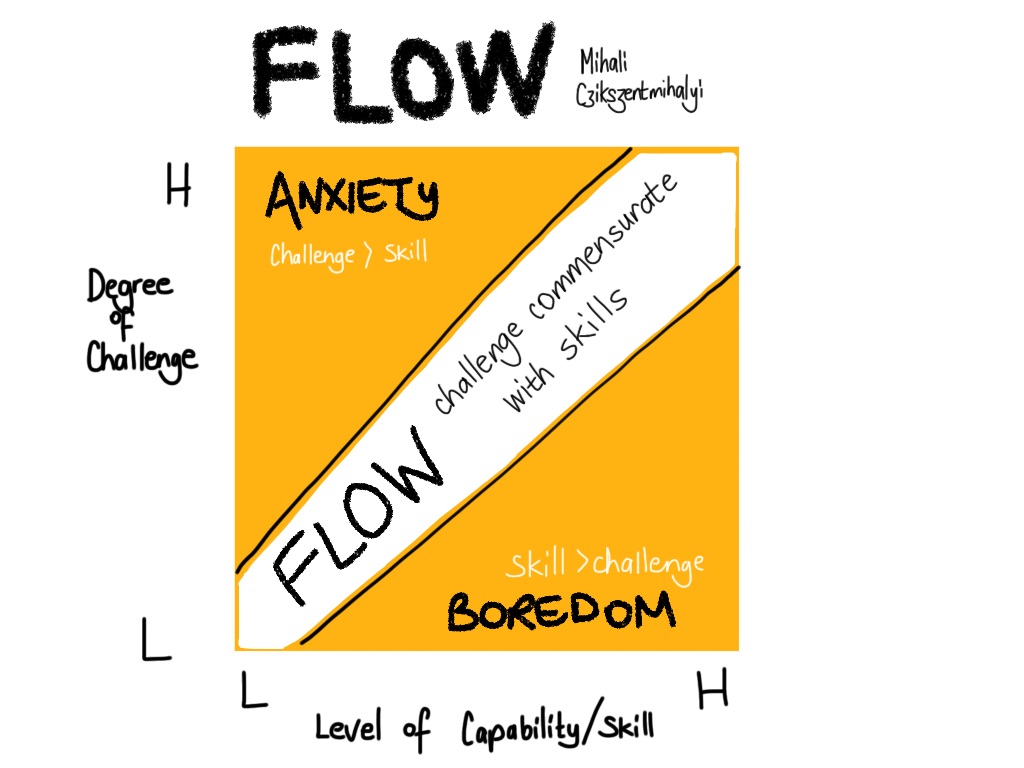 The more challenging the task the higher the likelihood of inducing a flow state. Image: Discovery in Action

Thanks to modern neuroscience, we now understand that there is a distinct pattern in the brain as to how a flow state is induced. Flow states are induced via interactions between 5 different neurotransmitters within the human brain. The neurotransmitters are:

Dopamine- When you first enter into flow, dopamine floods your brain. It increases attention, information flow, and pattern recognition. It is essentially a skill booster.

Norepinephrine- This speeds up heart rate, muscle tension, and respiration. It triggers a glucose response so we have more energy; increasing arousal, attention, neural efficiency, and emotional control thus producing a high.

Endorphins- Rooting from the word "endogenous," meaning naturally internal to the body, endorphins relieve pain and induce pleasure. They function similarly to opioids. However, the feeling attainted from endorphins is up to 100 times more powerful than morphine.

Anandamide- Stemming from the Sanskrit word for "bliss," Anandamide is an endogenous cannabinoid and feels similar to the psychoactive effect found in marijuana. Anandamide is released in exercise-induced flow states and elevates mood, relieves pain, dilates blood vessels, and aids in respiration. It has also been proven to amplify lateral thinking- the ability to link disparate ideas together.

Serotonin- At the end of a flow state, serotonin fills the brain producing an "after-glow" effect. This leaves you with a post-exercise feeling of bliss and is only felt once the flow state has already come and gone.

In a nutshell, these 5 chemicals make up the brain science of flow states. So the next time you're doing whatever is you do that brings you into a flow state, you can now recognize the science behind this powerful tool that is found within your own being. 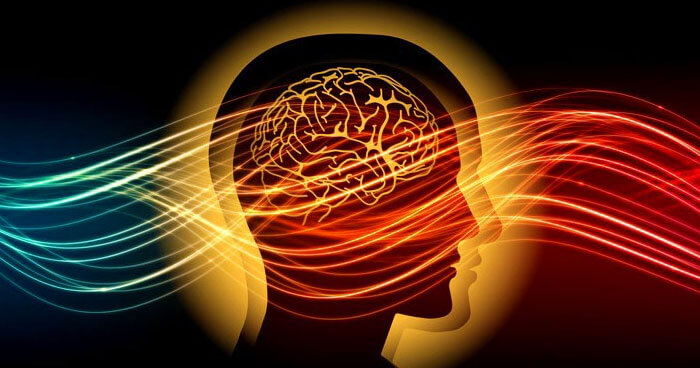 Channel your inner flow. Image: Uplift Connect
Posted by Martin Kuprianowicz at 1:17 AM