Why Thursday Night Is The Best Night Of The Week In Salt Lake City, Utah 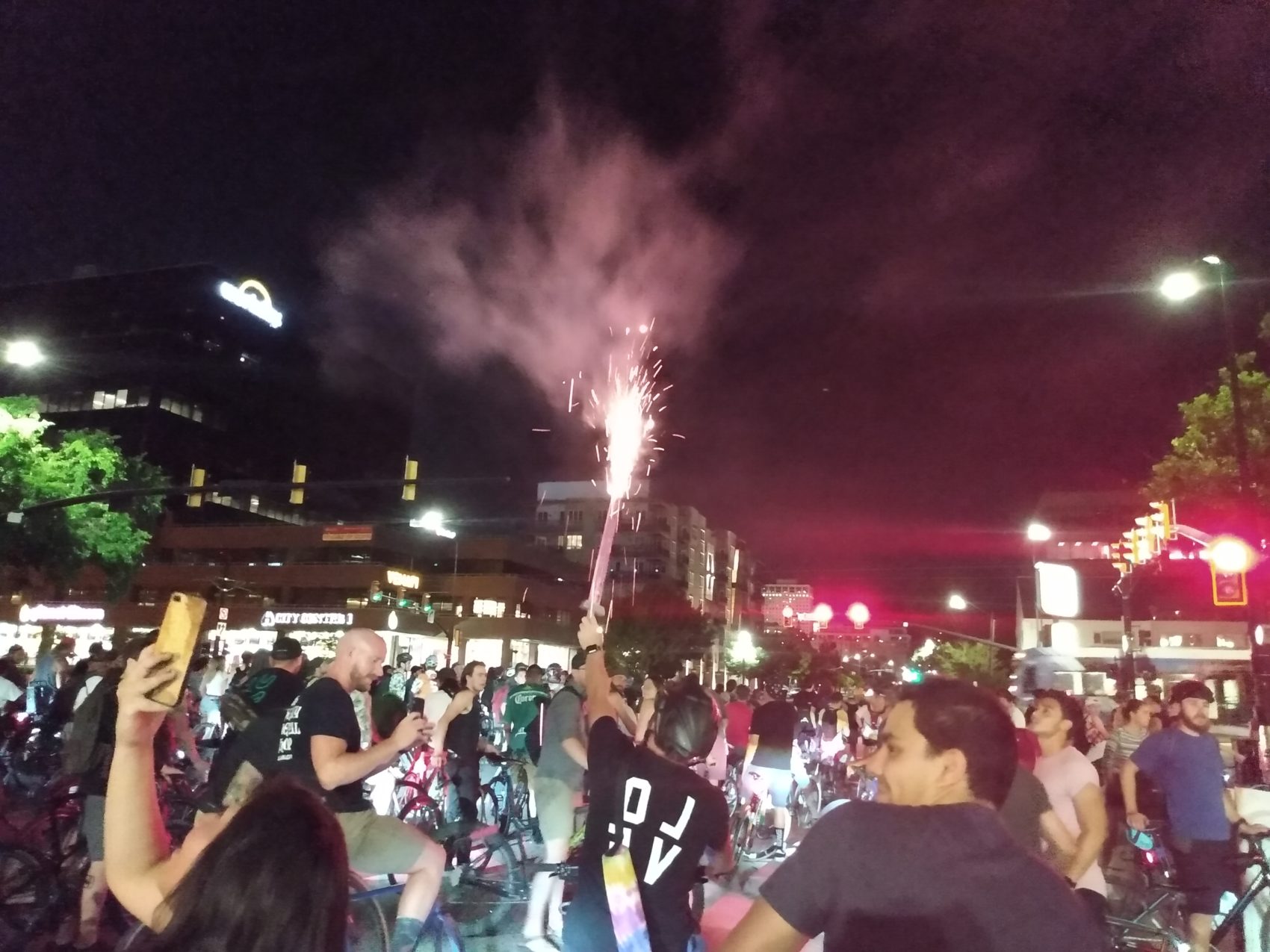 "HAPPY THURSDAY!" A concerningly large group of cyclists shout at you as they pass by, swallowing up the street in Salt Lake City, Utah on any given Thursday night. 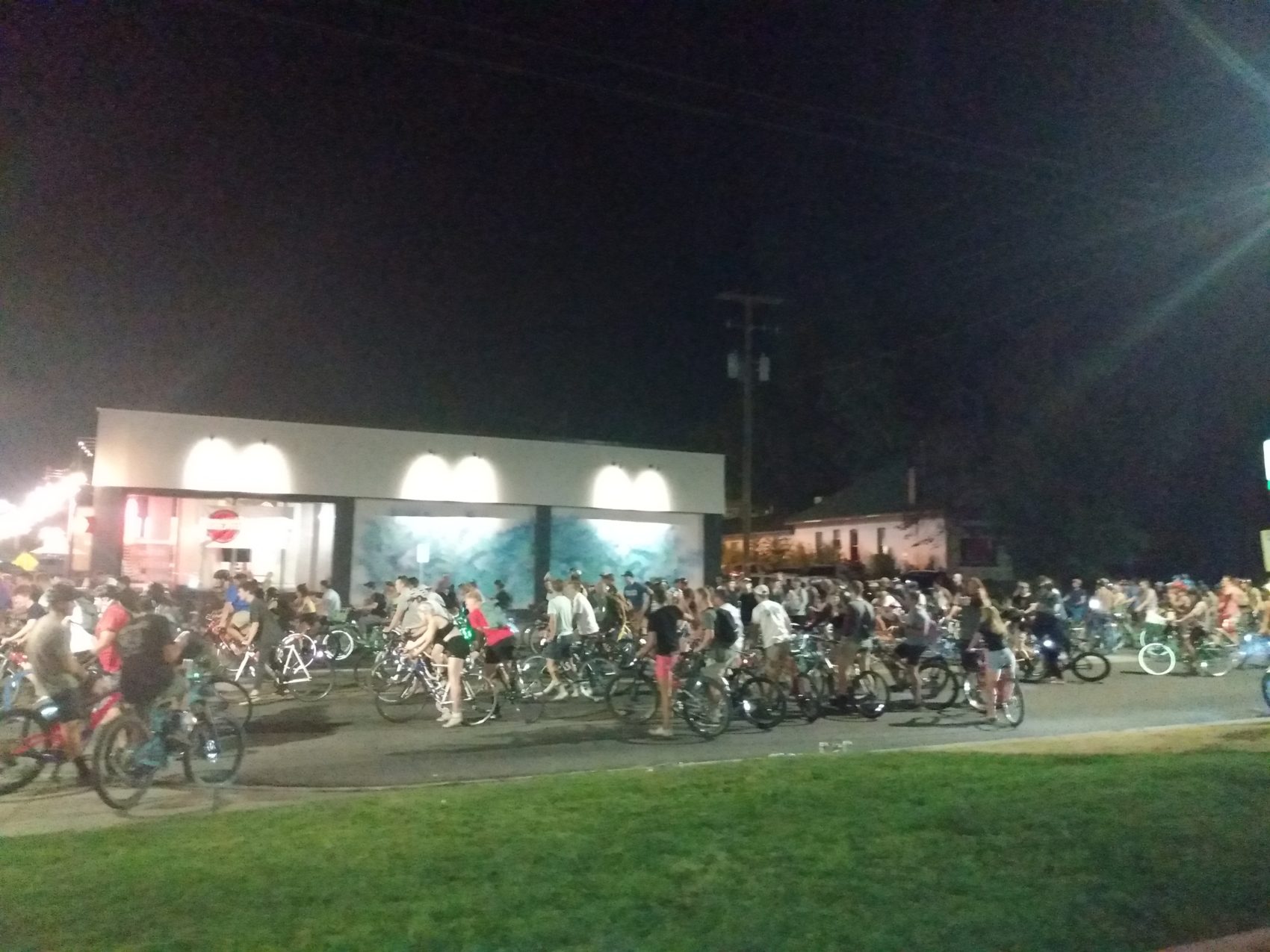 In the summer hundreds ride "The 9" every Thursday night. Image: Martin Kuprianowicz

"The 9x9," is an underground bicycle rally that suddenly appears at the intersection of 900 East and 900 South at 9 pm on Thursday nights. It is outrageously fun. 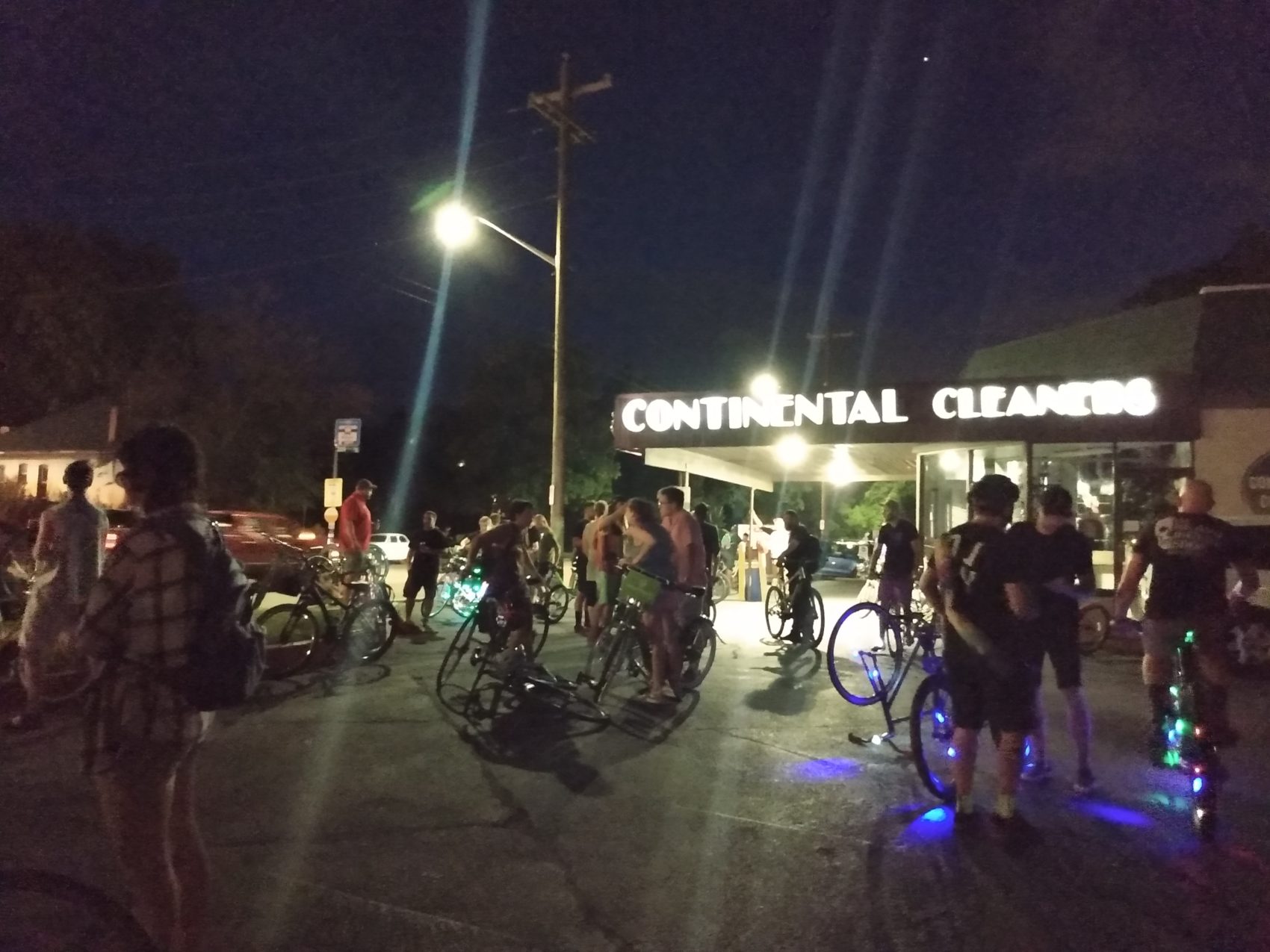 Cyclists meet at 9th East and 9th South at 9pm on Thursdays and hang around here for about an hour until a mob-sized group of cyclists is formed. Image: Martin Kuprianowicz

No one knows exactly how the 9x9 came to be, but the rumor is that not too long ago a group of friendly people with bicycles started meeting at 9th and 9th to drink and bicycle around town. Although it was small at first, the 9x9 has become increasingly popular and will now often host up to several hundred people - all on bikes. The purpose? Bike around the beautiful Salt Lake City, Utah and have a good time. 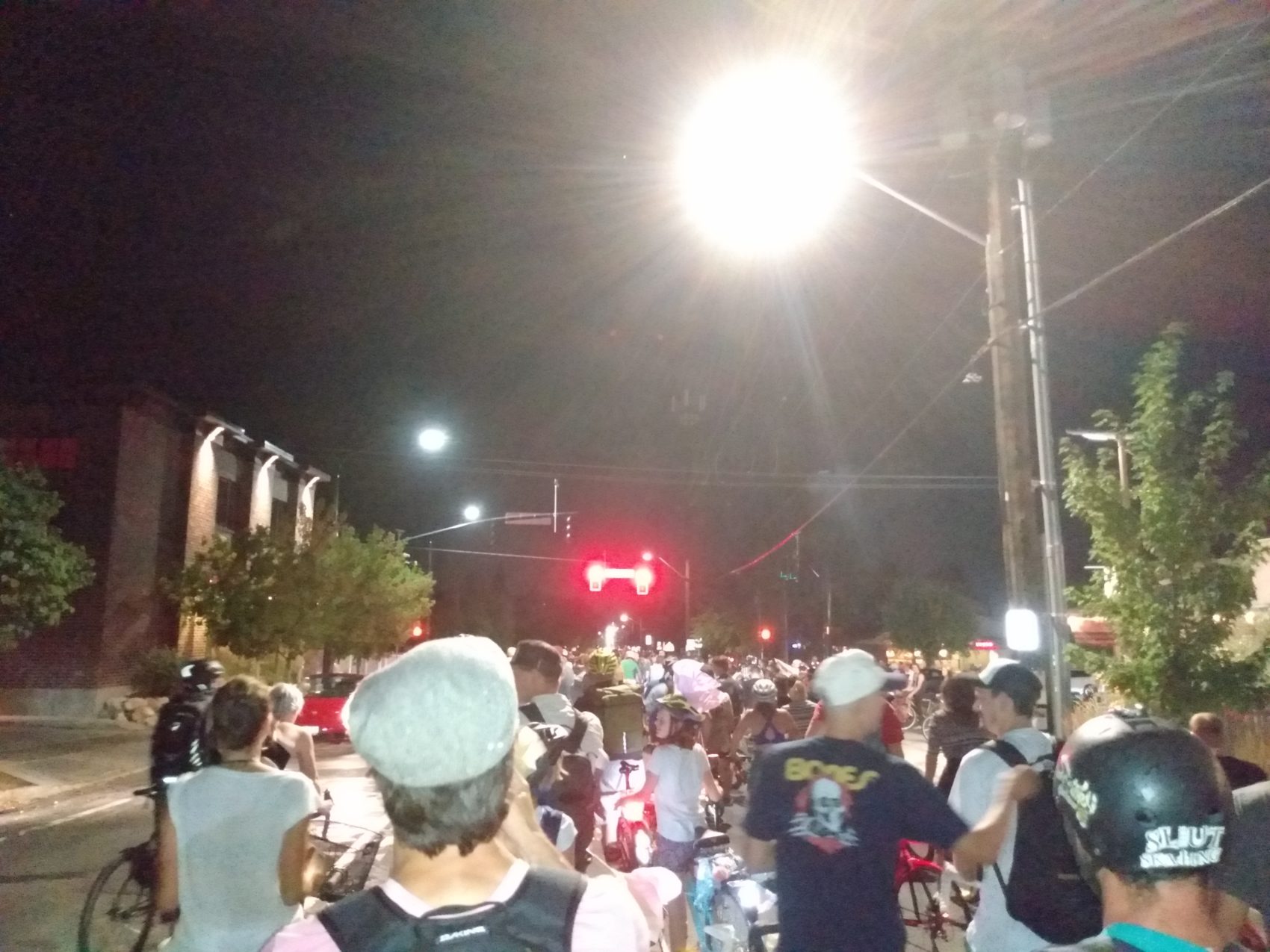 On Thursday nights in Salt Lake, the streets belong to the cyclists. Image: Martin Kuprianowicz

Picture a colossal party on bikes with several hundred drunk people from all walks of life completely taking over the streets of Salt Lake City. In the summer, the energy is high and the music is loud.

One of the best parts about riding the 9x9 - apart from fireworks and the utter chaos that you are contributing to - is seeing the city. Every Thursday, "the 9," as it is often referred to as, goes somewhere different. It is an excellent way to explore the city in a fun atmosphere and to meet new people. 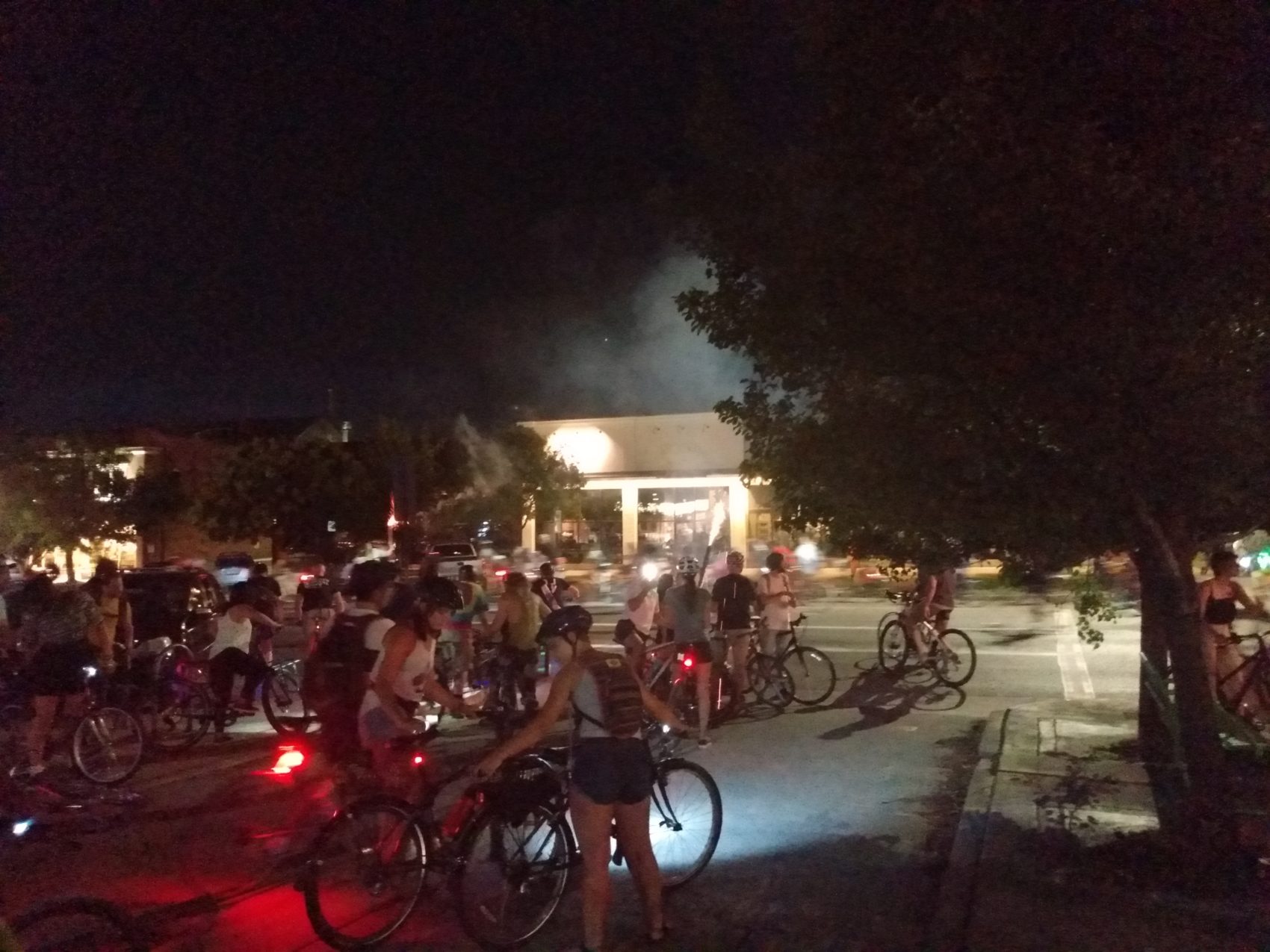 "10 minutes!" Someone in the massive crowd of bicyclists yells as the anticipation to ride the 9 builds. Image: Martin Kuprianowicz

On the 9x9, you ride for a bit, then you stop somewhere to drink and party, and then you ride somewhere else. Then you repeat these steps with a stop or two at a gas station along the way for more beer. It's not rare to ride The 9 all night long and find yourself dazed and confused in an unfamiliar part of town wondering how on earth you got there and which way home is.

In Salt Lake City, Thursday nights are something to look forward to.I'd even go as far as to say it's the best night of the week. For apparent reasons. 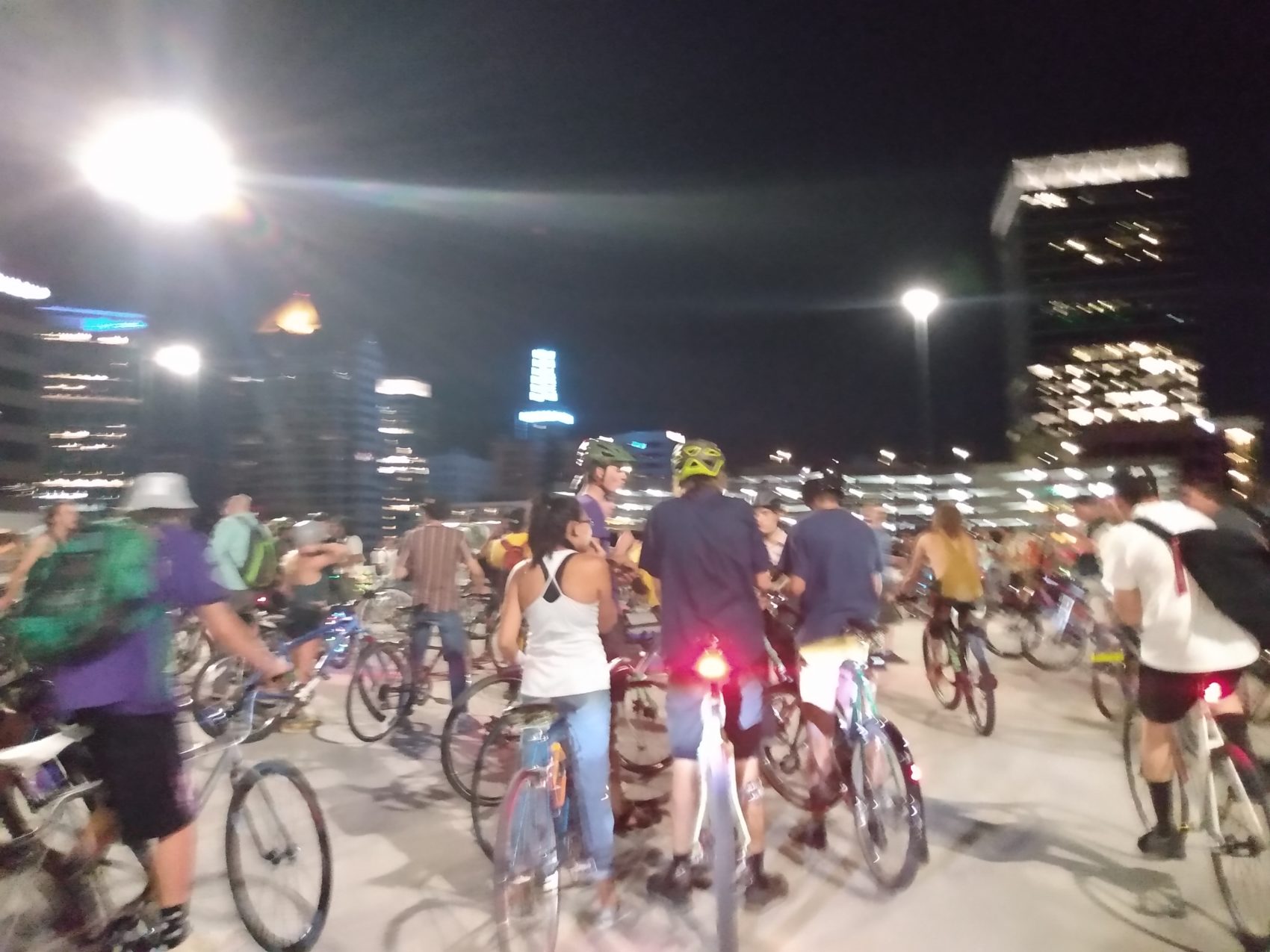 Blurry vision on the 9x9 at an undisclosed location in downtown Salt Lake. Image: Martin Kuprianowicz

So the next time you find yourself in this beautiful city by the lake on a cool summer night with nothing better to do, grab yourself a bike. Then, ride on over to where all the ruckus is going on over on 9th and 9th. You'll be greeted by some of the friendliest weirdos this town has to offer, and in store for a nice little bike ride. Happy Thursday! 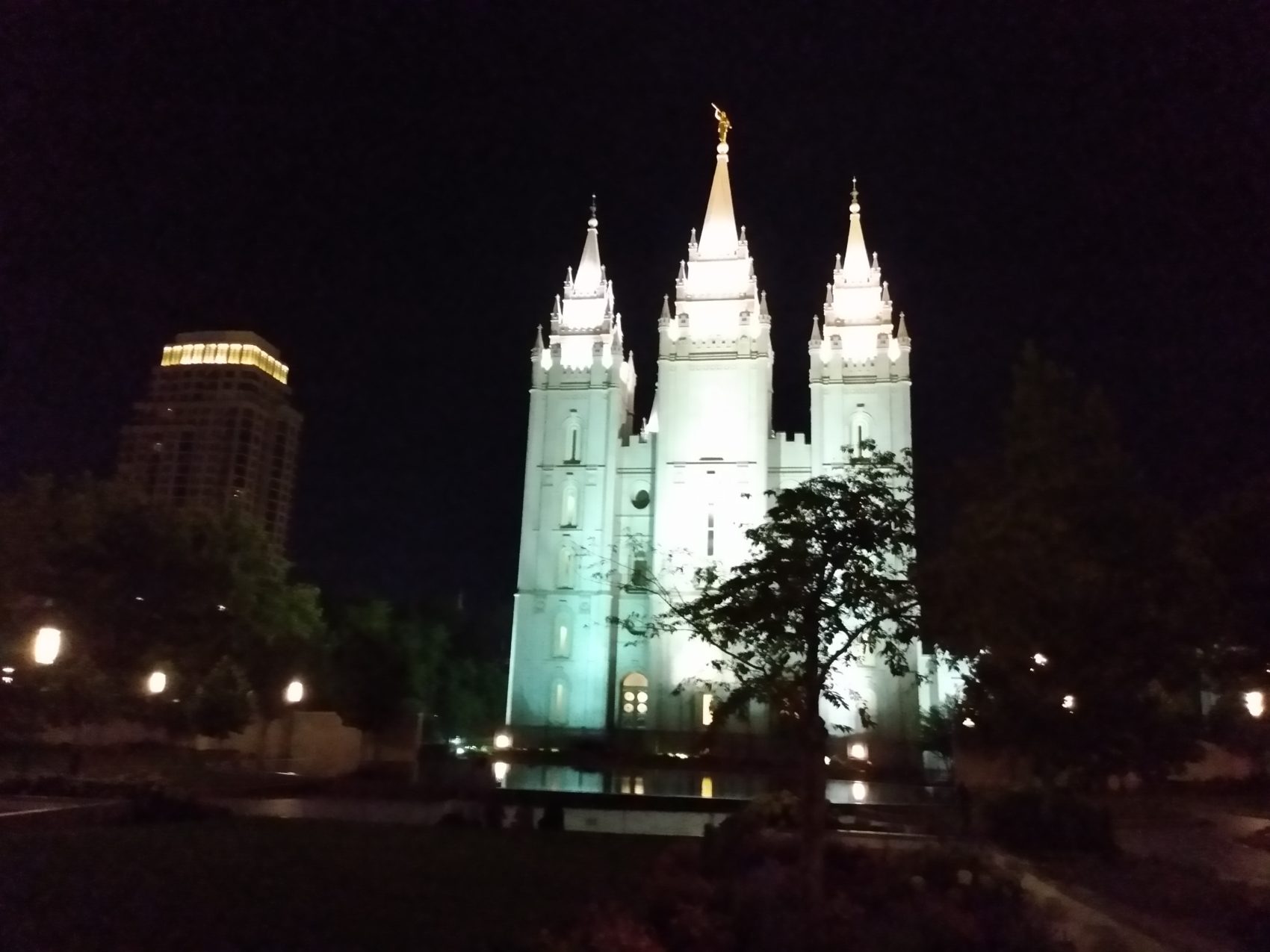