A Tamale is a Tamale: A Dirtbag Epic 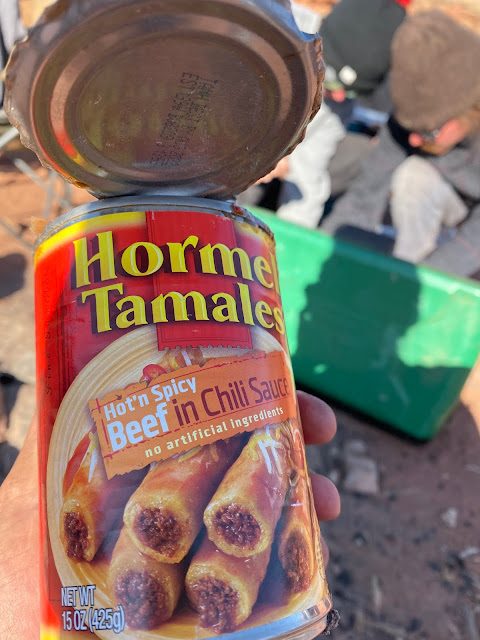 The two best state highways in Utah are highways 210 and 211. They are coincidentally numbered one right after the other even though they are located on two different sides of the state. Highway 210 is the road that runs through Little Cottonwood Canyon, home to righteous ski areas Alta and Snowbird and world-class granite rock climbing. Highway 211 runs through Indian Creek.

If you climb then you've probably heard Indian Creek referred to as the 'crack climbing capital of the world.' All the cliches you hear about this place are accurate.

Indian Creek is located about an hour south of Moab, Utah near Canyonlands National Park. The area has been visited by humans for over 10,000 years and is filled with ancient petroglyphs and remnants of Native American culture. It has thousands of climbing routes, most of them challenging grades.

Indian Creek is best known for its perfect, sandstone splitters and desert towers that attract climbers from all over the world. We ran into a couple of girls from Norway on the Selfish Wall that came all the way out here just to climb these cracks. Climbers everywhere know this place fucks.

Last week was my semester fall break, and for six straight days, we lived in the desert and climbed. Eat. Sleep. Shit. Climb. Repeat. That's basically all the three of us - Tom, Eamon, and I - did for an entire week. There's just something about a gorgeous sandstone splitter that scratches that certain itch in a dopamine-hungry brain just right.

Our days would start by us summoning up the balls to crawl out of our frozen sleeping bags into the desert cold, followed by coffee and cigarettes and then a greasy breakfast. Then, we'd climb all day until our bodies wouldn't allow us to climb any longer and our hunger began to impair our judgment. After that, we'd head back to our remote outpost across from the Superbowl camping area and make dinner, dirtbag style.
Back at camp, dinners came from a plastic bin of greasy canned foods, and canned tamales were always on the menu. For $1.50 you can't go wrong with a 900 calorie meal that at least mimics the idea of a beef tamale. And honestly, the first can of tamales you eat isn't bad. It's by the time you get to your 6th can within a span of a few days do you really start to question your lifestyle habits and the integrity of your gut biome.
Regardless of the fury we had to face each morning as a result of our meal choices from the night before, the excitement of climbing that day outweighed any potential negative. It was the sole reason we were there, and all other time spent outside of that was just time spent anticipating the next time we'd be back on the walls of those sandstone giants.

Covered in our own filth for days on end, sleeping under the stars and eating cheap canned meals, we became the definition of dirtbags. And we loved every second of it. Because at the end of a glorious day of desert climbing, you're going to be stoked and you're going to be famished, and a tamale is a tamale.

After a solid week of climbing, we were out of tamales and out of stamina to continue climbing. It was time for a break. We left The Creek and headed to Moab to grab some real food and spend a night in the area before heading to some hot springs in the morning to heal our broken bodies.

We decided we'd camp outside of Moab on Potash Road aka 'Wall Street,' a classic Utah crag where you can literally pull up to hundreds of climbing routes on the side of the road and climb from your car. Although we were all extremely fatigued, we figured we'd hit a quick sport pitch here in the morning before heading to the hot springs.

By the time we got to Potash road, it was late and all the campsites were full. So instead of camping at a designated campsite, we decided to park behind a nice looking boulder on the side of the road, smoke a blunt, and illegally crash there for the night.

Just around dawn, Eamon aka 'Fat Boi,' was rudely awakened by a kick to his side from the boot of a state highway patrolman.

"Get up! What are you doing here?" The officer demanded to know.

When this was happening I heard some chatter coming from outside of my jeep (where I was sleeping) and just figured it was Eamon or Tom bullshitting or looking for the lighter or some shit, per usual. But when I heard, "Tom. Martin. Get up now," in the most agitated, cop voice I could have imagined, I was immediately awake and alert.

I instantly knew what was happening and instinctively moved the weed and open beer cans that were out from the night before to a dark depth of the jeep. Although we were only an hour away from the imaginary line that separated Utah from Colorado where marijuana was legal, it was not here.

By the skin of our teeth, we avoided serious trouble with the law and each received an $80 citation for illegally camping. The officer grilled us about why that was a silly idea in the first place, and when it was all said and done Eamon offered to shake his hand but the cop wouldn't do it. He knew we were all some greasy fucks from living and climbing in the desert all week. So he offered Eamon a fist bump instead. Tom and I howled.

When Mr. Police Man left, we checked out some petroglyphs down the road and climbed a quick sport route next to them, all the while keeping an eye out for him since we told him we were going to leave the area immediately. I had been wanting to climb Wall Street for quite a while, and the view of the Colorado River from the top of the pitch was lovely. After the climb, we booked it straight to the hot springs.

We drove east on I-70 through the gorgeous San Rafael Swell in southern Utah, then south on I-15 to Meadow Hot Spring. Meadow Hot Spring is a series of waterholes in the middle of an impressively flat pasture in the desert somewhere, with mountains visible in the distance. The waterholes there are shockingly deep.

Two of the natural pools are kind of cold, but the third is just the right temperature for drinking beer and telling your friends that you'll get out in another "5 minutes." It was heaven on earth and our bodies definitely needed it after a week in The Creek.

In the hot spring, there was a man who claimed he was a scuba diver and was boasting about his scuba diving abilities. He was telling about how people scuba dive in the pool we were all sitting in because apparently, it was pretty deep. None of us actually took him seriously. Then, right after Scuba Steve left, the unexpected happened. A group of about 5 or 6 scuba divers rolled up to the pool with scuba gear and began scuba diving.

Eamon, Tom, and I looked at each other with utter surprise and immediately saw the comedy in all of this. By this time, night had fallen and the divers were diving with flashlights. After a couple of dives, they were kind enough to let us dive with them. Eamon, Tom, and this girl named Kirsten that we had befriended in the hot spring used the divers' secondary, yellow "buddy" hoses and dove down sharing air with them for their first scuba diving experience ever. They were all anxious about submerging at first but by the time they had resurfaced they all were all in love with scuba diving. One of the divers then let me borrow his BCD/tank/mask so I could have a go at it myself.

I dove down to the bottom of the hot springs which was something like 35 feet deep. The water was warmer down there than at the surface. I buried myself in the silt at the bottom of the spring and turned my flashlight off. I just sat there, covered in warm silt, looking upwards towards the moonlight above the distant surface and listened to the sounds of the bottom.

After losing track of time, I resurfaced and gave the diver back his gear, thanking him for the unique, unexpected experience of scuba diving in a hot spring in the middle of the Utah desert. The whole thing was quite silly and almost feels like a wacky dream.

The night ended with a tender campfire shared with new friends from the springs. The moon was full and illuminated the still desert around us in the beautiful way that it tends to do out there. Around the campfire, the three of us told of the horrors of canned tamale dinners in a desert canyon where sandstone gods still dwell.


Posted by Martin Kuprianowicz at 10:10 AM