VIDEO: Avalanche Airbag Saves Rider's Life: Why They Are Crucial in the Backcountry


If you're like me then that video probably scared the shit out of you. Getting caught in a slide is a skier's worst nightmare and is the whole reason why we study avalanche safety so thoroughly before venturing out into the backcountry.

Having the proper gear in the backcountry is a MUST - especially when it comes to avalanche airbags. Although the basic avalanche gear is beacon, shovel, and probe, avalanche airbags will make a world of difference in the unfortunate event you are caught in an avalanche.

The effectiveness of avalanche airbags is impressive: in a study of 85 accidents by the American Mountain Guides Association, airbags reduced mortality by 92% in the backcountry. Of course, the best way to survive an avalanche is to prevent being caught in one altogether by applying proper decision-making skills when selecting descents. Unfortunately, this is not always the case due to the extremely unpredictable nature of avalanches. That's why having an avalanche airbag is so crucial. Because although they tend to be pricey, no amount of money is ever too much when you consider the fact that it could be the deciding factor as to whether you live or die. 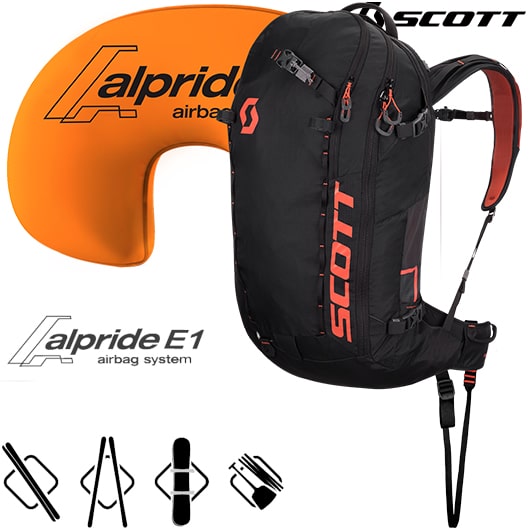