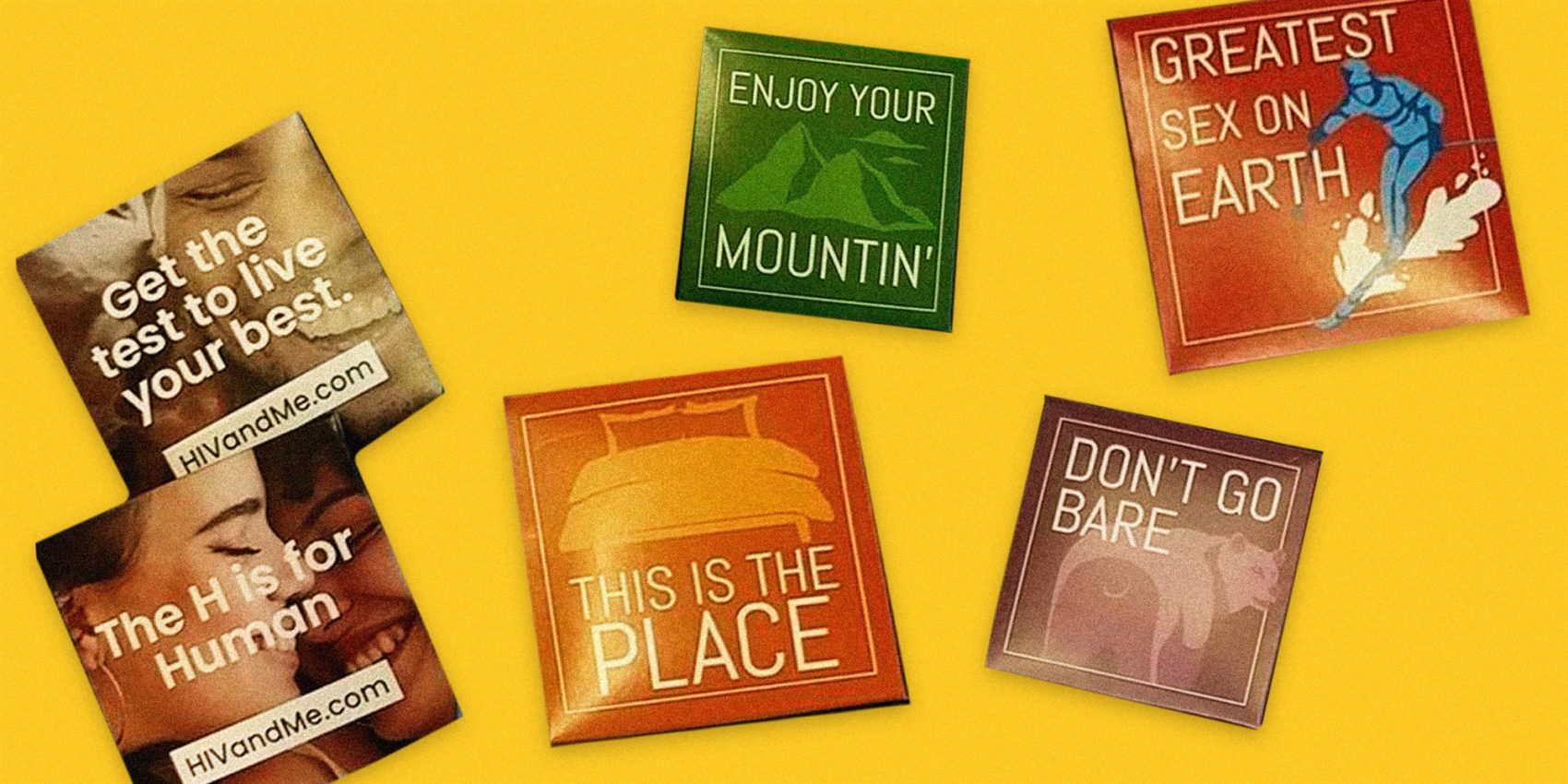 The state of Utah is trying something bold: they're handing out condoms with provocative messages that promote safe sex and state pride. Photo: NBC News

The Utah Department of Health started a new program earlier this month that aimed to promote safe sex among teams by handing out free condoms with catchy, sexual slogans that also promote state pride. But a Utah governor has halted distributions of said condoms, according to a report by NBC News. Apparently, he was not in favor of their suggestive slogans.
Gov. Gary Herbert halted the distribution of over 100,000 condoms earlier this month, as his office said in a statement:

"The governor understands the importance of the Utah Department of Health conducting a campaign to educate Utahns about HIV prevention. He does not, however, approve the use of sexual innuendo as part of a taxpayer-funded campaign, and our office has asked the department to rework the campaign’s branding,” the statement said.

To the Governor's defense, the slogans on some of the condoms were indecent. Some found the slogans on them humorous while others viewed them as offensive. For example, one condom wrapper read, "SL UT," spelled out with two-letter abbreviations for Utah and it's capital, Salt Lake City, NBC News reports. Another displayed an image of a mountain with a slogan reading, "Enjoy Your Mountin'," while another showed a picture of a bed with the slogan, "This is the place."

The Utah Department of Health has subsequently issued an apology last Wednesday as a result of Gov. Herbert's decision to stop the circulation of these unique condoms. However, it still remains unclear just how many of these condoms with risque messages have already been distributed.
Posted by Martin Kuprianowicz at 6:20 PM