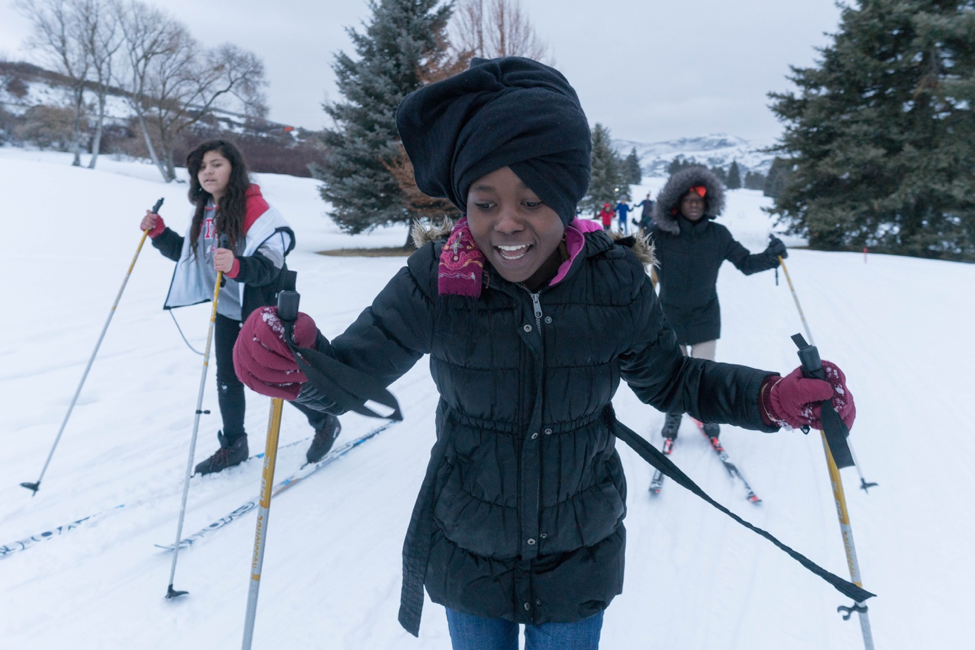 Children living on the west side of Salt Lake City enjoying the snow and cross-country skiing. Photo by Peter Vordenberg

Story published by Martin Kuprianowicz on Voices of Utah

It's Saturday. The sun is shining and snow is on the ground. Parents are dropping their children off at Mountainview Elementary in Salt Lake City and the kids are already exploding with excitement — they are going on a field trip. Juan Gilberto Rejón — or “Coach Juan,” as those in west-side communities refer to him — is patiently waiting outside of the school to take roughly 50 elementary students to the Bear River Migratory Bird Refuge to view a population of wild eagles on this day.

Coach Juan is the founder, executive director, and coach for the Hartland Community 4 Youth & Families, which is a program that aims to create pathways to college for the underserved by getting students involved in the outdoors. Coach Juan started this program because he believes the experiences earned in the outdoors are valuable ones that can set children up to better handle adversity throughout their lives.

On weekends throughout the school year, Coach Juan often takes students on excursions to participate in a wide variety of outdoor activities, from bird watching to skiing. Recently, cross-country skiing has been a big emphasis of the program.

“It’s a blessing for our underserved and our underprivileged because they wouldn’t be able to do it otherwise. It’s too expensive,” Coach Juan said. “For a family of five or six to go skiing at $200 a pop, that’s already over $1,000 being spent for just a day of skiing. There’s just no way these families living in poverty could afford that.”

His ski program is partnered with the Utah Nordic Alliance that takes students cross-country skiing on weekends in the winter. Another partner is She Jumps, an organization that motivates women and girls of all backgrounds to step out of their comfort zone in a fun, non-threatening, inclusive environment to learn outdoor skills.

Coach Juan's program has been operating for three years, but his inspiration to get students involved with the outdoors goes back almost two decades to the birth of his son.


“When I first moved into a 300-bedroom apartment complex here (on the west side) there were a lot of things happening that were not safe for kids. We had a lot of robberies, carjackings, prostitution, drugs, alcohol, so as a community advocate I had to do something for my child,” Coach Juan said.

What began as a mission to improve the quality of life for his child then translated as improving the lives of everyone in his community, especially vulnerable children on the west side of Salt Lake City. Coach Juan started a community soccer program that would eventually grow into a multifaceted, multi-partnered community outdoor program for youth.

The program focuses on helping students to pursue higher education. Coach Juan’s son went through it. Now, his grandchildren are enrolled. Hartland Community 4 Youth & Families has since grown and is now partnered with the Utah Nordic Alliance, headed by former two-time Olympic ski racer Peter Vordenberg.

Vordenberg coaches ski racers who have won gold medals in the Winter Olympics and World Cup championships. In addition, he helps Coach Juan organize the single-day cross-country ski trips by providing students with everything they need to go skiing.

But he didn’t always plan to be a community advocate. It all started by chance one day when he was invited by a friend to tag along with the kids on one of these ski programs.

“I was out there hanging out with all the kids and with Coach Juan and I was like, ‘Oh man, I got to be more involved, not just take pictures but I got to see what I can do to help out.’ So, I joined the board,” Vordenberg said.

Vordenberg has been on the Hartland Community 4 Youth & Families board for three years. He says that his favorite thing about being involved with the program is watching the kids develop a love for skiing and the outdoors. “It really builds their confidence and helps them dream bigger,” Vordenberg said.

Another opportunity for the west-side youth is the Parks and Recreation program that is affiliated with world-class ski areas Brighton and Snowbird. The Northwest Recreation Center is one of many centers throughout the Salt Lake Valley  that shuttle elementary and middle school students to those ski areas and provide them with gear, lift passes, and instructor training.

Snowbird Mountain School Director Maggie Loring has run this program on Fridays in the winter for 18 seasons. She said programmatic goals include developing new skiers and riders who may be interested in one day working as staff at the resorts, and providing a community service to children who may not otherwise get the opportunity to enjoy winter sports.

“One anecdote I can share is that the current manager of our programs was initially in our 4th-grade program, became a junior instructor, and kept going. It's really an opportunity for resorts to capture both new guests and new staff,” Loring said in an email interview.

However, the impact of these programs is also a lot simpler than getting kids involved with the outdoors and setting them up for potential life paths in the ski industry.

“One of my favorite things about this program is the opportunity to see the kids pour out of the buses so excited to get onto the mountain,” Loring said. “Many of them may not be able to sleep the night before because of how excited they are for this new adventure. I remember from my own childhood how excited I was to get out of school to go skiing!” 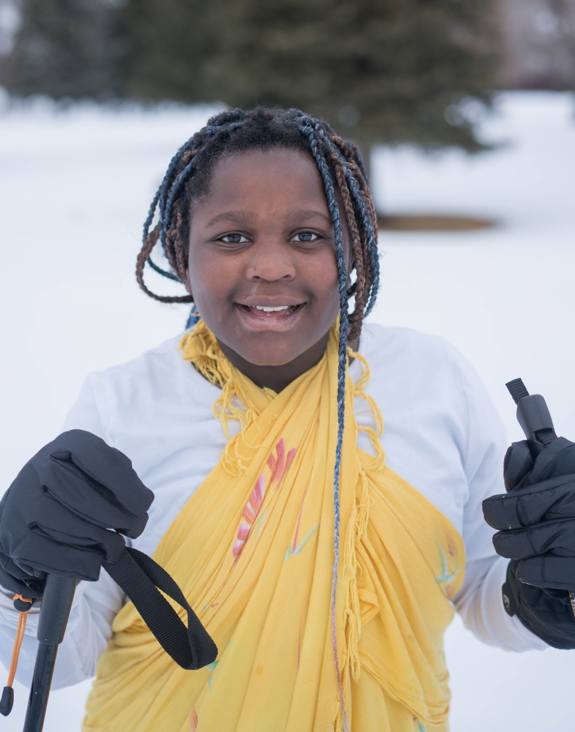 It's nothing but smiles when the kids get off the bus and go skiing. Photo by Peter Vordenberg
Posted by Martin Kuprianowicz at 2:35 PM

Martin Kuprianowicz
I'm Martin Kuprianowicz. This is my blog. On top of being a digital storage unit for my pieces, the goal of this blog is to catapult your way of thinking to new heights — to new realities you could find yourself creating from attained knowledge that can influence your thoughts, actions, and manifestations. I hope to provide some of this awe-inspiring, weird-thought-provoking knowledge via this small space, tucked away in a depth of an ever-expanding digital universe. By the way, did you know that fluoride has been linked to lowering the IQ in children..?